The Word “mentor” and what I have learned rom them 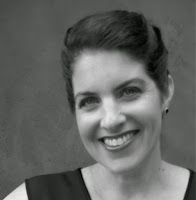 The word “mentor,” given its origin story, has grown to hold so much weight.
Brief background – and my excuse to talk about mythology
“Mentor” was the name of a character in Homer’s Odyssey, or nowadays what we’d call The Iliad II: The Return of Odysseus. When Odysseus left for the Trojan War in The Iliad, he asked Mentor, and old friend, to look after his household and his son, Telemachus.
Because it took so long for King Odysseus to get back, the townsfolk assumed he was dead, and moved to split up his large estate. Telemachus, his rightful heir, was too young to defend his property. So it was up to Mentor to protect their interests. The goddess Athena decided to intervene, and disguised herself as Mentor, helping to guide Telemachus on his journey to find his father — or, at minimum, news of him — while Mentor stayed back home to protect the proverbial ranch. Odysseus finally returned, disguised as a beggar, only recognized by Penelope, his wife, who agreed to grant the kingdom to the winner of an archery contest using Odysseus’ bow. Guess who won? A battle ensued for control, and unsurprisingly, Odysseus, with Athena’s and Mentor’s help, emerged victorious. At the end of the story, Athena advised Odysseus — in the form of Mentor — to end the civil war.
What does this story tell us, apart from the fact that I enjoy mythology?
Your mentors inevitably evolve alongside your career growth. Athena had advised Odysseus directly during his journey, but took the form of Mentor to assist in the kingdom’s reconciliation. And Zeus helped Odysseus during his travels; but when it came time for him to regain his kingdom, it was Penelope who facilitated his victory. Even when you and your mentors part, their valuable lessons stay with you, giving you guidance and strength to achieve your goals. (“Luke, trust your feelings!”)
Some learnings from my mentor portfolio
So with all of that, here is just a small sampling of things I’ve learned over the years from my portfolio of mentors — a heartfelt thank you to each of them:
http://www.twitter.com/kroterd
Collaboration and Joint Venturing
Pay off your credit cards and refinance if you can