My friend Bob Pritchard and his client Bill Nobrega have built an e-insurance business in Bric  – going from 0 to $150m in 6 months
Hers how:-
-The pain – minimal micro insurance in bric countries
-The pill – einsurance via mobile ( everybody has a mobile)
-Team – best and brightest people and groups around you
-Character – persistence and being entrepreneurial.
– the Spark – 80k event in Florida to attract the key brokers in the market
Read attached article for full details
Written by Joshua Steimle – Forbes

William Nobrega, a former member of the U.S. Army Special Forces and founder of CQS International, saw his world collapse around him in the summer of 2014. The dissolution of a property fund in Hong Kong left him completely broke, and shortly after his wife filed for divorce. Nobrega lost his house, and with nowhere to go and no money, he moved to the only place he had left: his mother’s couch. 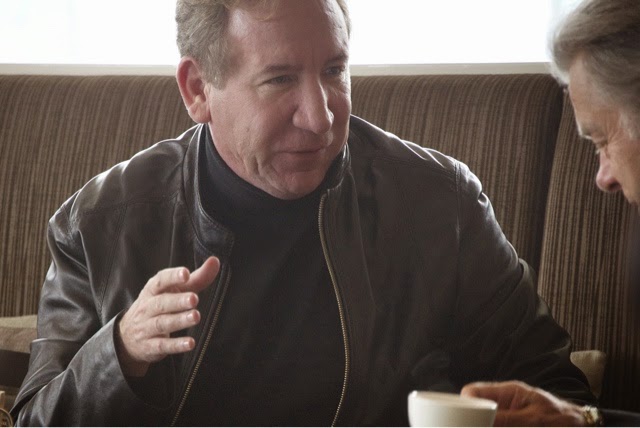 When reflecting on this period, Nobrega said, “I was really down, and at one point my 11-year-old son told me, ‘Dad, remember what you told me…Never quit. Never give up.’”

Regardless of what type of business one chooses to start, the odds of success are stacked heavily against the entrepreneur. According to Shikhar Ghosh, a senior lecturer at Harvard Business School, almost three out of four venture-backed firms don’t return the investor’s capital. Other estimates put the rate of failure at 90-percent.

All businesses start with an idea, often born of experience. “My expertise is emerging markets,” Nobrega said, “It’s what I do…I know Latin America and Southeast Asia, and I saw an opportunity in insurance because you have a rising middle class and low penetration rates in insurance (about 5%). But the demand is sensational, growing at 18% to 20% annually.” Nobrega and the team he started recruiting observed two other essential facts about these emerging markets:

Take Brazil, for example, where there are nearly 280 million mobile phones for 200 million people(yes, more than one per person). By offering affordable micro-insurance plans to the lower middle-class and poor communities in Brazil, CQS International can bring a peace of mind to individuals who never previously had that luxury. And by getting customers to install an app, the company can analyze personal data to offer consumers the best insurance rates possible, or customized insurance products right when they need them.

Nobrega didn’t stay quiet about his idea. He shared it, and it caught the attention of an investor in Hong Kong who made an initial investment, along with commitments for further investments based on CQS International meeting certain milestones.

According to Nobrega, acquiring this initial capital was the most demanding process, and part of his success came from an ability to confront dozens of “No’s” before a single “Yes.” Perseverance was key, but Nobrega also says listening was essential. Potential investors often give an entrepreneur a reason as to why he or she said “No,” and entrepreneurs can use this information to revise their pitch before contacting the next investor.

The initial investors validated CQS International’s potential, and Nobrega went to work putting together what he calls “The best team in the world.” For many budding businesses, building a successful team is a science. For Nobrega, effective team building mirrored his experiences in the Special Forces, where he says, “A team is everything. A team is family.” Some of Nobrega’s criteria for a successful team included:

CQS International’s marketing guru Bob Pritchard is the company’s CMO, and a tech firm in Argentina, Inworx, is working with Nobrega’s U.S. technology and innovation team to develop the company’s data platform. Through the team building strategies Nobrega inherited from the military and the expertise of his core team, Nobrega and CQS International were able to collaborate on new methods to move into the Latin American markets.

According to Nobrega, “We went into Brazil and originally the idea was simply to go online, which would have been a nonstarter. We could have set up a website, done all sorts of digital marketing, and it would have taken years to make traction–if we ever did.”

Daniel Heuri, head of CQS International’s Brazil platform, and Pritchard saw an opportunity to accelerate the company’s visibility in Latin America by acquiring brokers in local markets. To recruit brokers, Nobrega and his team decided to host a VIP event where they invited key investors and brokers to the Boca Resort in Boca Raton, Florida.

CQS International was low on funds at the time, and it would have required an $80,000 investment to create an event suitable to introduce the company to its audience. It was, according to Nobrega, an investment that many entrepreneurs would not gamble on, because if it didn’t work, there wouldn’t be much left for plan B. However, Nobrega was confident investors and brokers would see the value in CQS International and the expertise in his team. It turned out to be a wager that paid off. The event brought CQS International its Brazilian broker, two Argentinian brokers, key investors, and a strategic partner at Liberty Mutual.

The Future of CQS International and E-Insurance

CQS International, now valued at $170 million, went live in Brazil on March 6, 2015, but this is only the first step. Similar demographics and insurance demands in Argentina, Colombia, Peru, and Mexico have prompted CQS International to bring its micro-insurance platform to these markets. In the summer of 2015, Nobrega plans to reenact the Boca event in Hong Kong, and then launch in Asian markets, specifically Thailand, Malaysia, and Indonesia. But ultimately he knows the big opportunity is China. “If we crack China,” Nobrega said, “Then it’s game over…in a good way.”

Despite successfully entering the Brazilian market and building CQS International, Nobrega remains humble and focused on simpler pleasures. Commenting on his company’s success and prospects for the future, Nobrega said, “Who knows where it will go from here. Right now I’m happy to have a house and a car, and not have to sleep on a couch anymore.”

Joshua Steimle is the CEO of MWI, a digital marketing agency with offices in the U.S. and Hong Kong.

What to Consider When Buying Property?
From 0-150m in 6 months