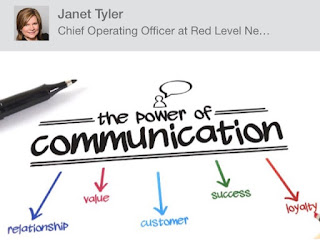 Do you ever feel misunderstood? Well, the bad news is that you might be. If you’ve been an IT professional for any length of time, you’ve probably seen the signs when you’ve dealt with non-IT colleagues. No matter how patiently you try to get an idea across, it seems like the other side just doesn’t get it.

Chances are, they probably don’t, and that can lead to problems.
Imagine being plunked down in a foreign country where you don’t understand the language. Well, chances are good that your non-IT colleagues feel like that sometimes when they’re dealing with IT people and issues.

IT people are a special breed. Being successful in this field means that you’ve spent a lot – a lot – of time immersed in topics, technologies and language that the Average Joe hasn’t made any effort to know about, let alone understand. Along the way, you’ve probably picked up the unique language of IT – a language that’s perfectly clear and comprehensible to your IT cohorts, but which is a mystery to everyone else. It’s a language of jargon, acronyms, catch phrases, terms of art, unique names and descriptions that you use every day to quickly, efficiently communicate complex ideas to others “in the know,” but which can seem impenetrable to everyone else.

So if you’re not getting your ideas across, the problem isn’t that you’re not being clear or that other people are stupid. You’re just trying to communicate on two different wavelengths. Fortunately, there are some easy steps you can take to bridge the gap:
Understand your audience. How technology-savvy is the person you’re talking to – and are they pretending to know more than they actually do? Nobody wants to look stupid, so they might nod as if they understand when they really don’t. If you can compensate for this, they’ll really “get it” – and they’ll love you for it.
Listen first. It’s just about the most important rule of communication – and the most often overlooked. By listening before speaking, you can get valuable information about what your audience wants and needs to hear. When you speak, you can speak directly to the issues they care about.
Keep it simple. Your doctor probably doesn’t speak to you using lots of Latin names and scientific descriptions. In the same way, non-tech people probably can’t handle the specialized technological terms you’re used to using every day.
Ask probing questions. “Does this make sense?” “Do you know what I mean?” Periodically double-checking to make sure that you and your audience are really on the same page can help avoid misunderstandings later.
Take a class. Seriously! Not because there’s anything wrong with the way you communicate, but because everyone can learn to communicate better. Poll after poll shows that hiring managers rank communication skills as the most sought-after skill in new employees. Upping your own skills can make you an even more valuable asset for your company – and a visible target for promotion.
IT is all about effectively managing and transferring information, after all. Sometimes the most effective upgrades don’t have anything to do with hardware or software, but with methods – and a quick communication skills tune up can generate big improvements.
Cash Flow – collecting Debtors
How to Gain an Unfair Advantage in your Accounting Practice