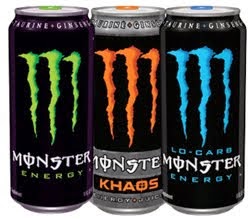 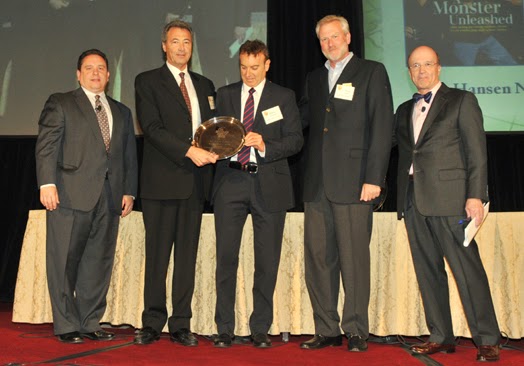 Over 20 years later, they are now billionaires as their company, Monster Beverage, agreed to sell a 17 per cent stake to Coca-Cola for $US2.15 billion ($2.3 billion), sending its shares as high as $US97.48 in New York trading.
The deal gives Coca-Cola greater exposure to the energy drinks market, one of the fastest-growing segments in the industry having doubled in sales since 2007.
Its main product, Monster Energy, has sold more than 10 billion units since its introduction in 1997. It has almost four times the amount of caffeine as Coke.
The Monster Story
Seeing the success of Red Bull, they introduced Hansen-branded energy drinks in 1997, the company languised for 5 years.
“They played with a bunch of different formulations. The first Hansen energy drink offering wasn’t well received.”

Fortunes shifted for the better in April 2002, when the pair launched Monster, an energy drink priced the same as Red Bull in cans twice the size. The Monster brand was so successful that the company changed its name to Monster Beverage in January 2012.

Monster has 34.3 per cent share of the energy drink market to Red Bull’s 33.9 per cent, according to a Monster presentation to investors in January. Last year, Monster started a protein drink, Muscle Monster. In a nod to its natural soda roots, it introduced a kale flavored Hansen-brand soda earlier this year.
Coca-Cola explored buying Monster in 2012 and found the price too high, according to a person familiar with the matter who asked not to be named.
Caffeine concerns
Monster’s caffeine levels have sparked ongoing investigations by state and federal officials into any connection energy drinks may have with unusual deaths. Countering the allegations has drawn Sacks more into the spotlight, including testifying before a US Congressional panel on energy drinks last summer.
In a meeting in February this year, Sacks opened the meeting  by confirming that  energy drinks are safe. A 473 ml cup of coffee served by Starbucks has more than double the caffeine of a Monster the same size!
Read more: http://www.smh.com.au/business/retail/cocacolas-monster-deal-turns-founders-into-billionaires-20140815-104g6y.html#ixzz3AeC8VQuL
The difference between a startup and a small business
2m raised at big pitch funding